← more from
Fire Talk
Get fresh music recommendations delivered to your inbox every Friday. 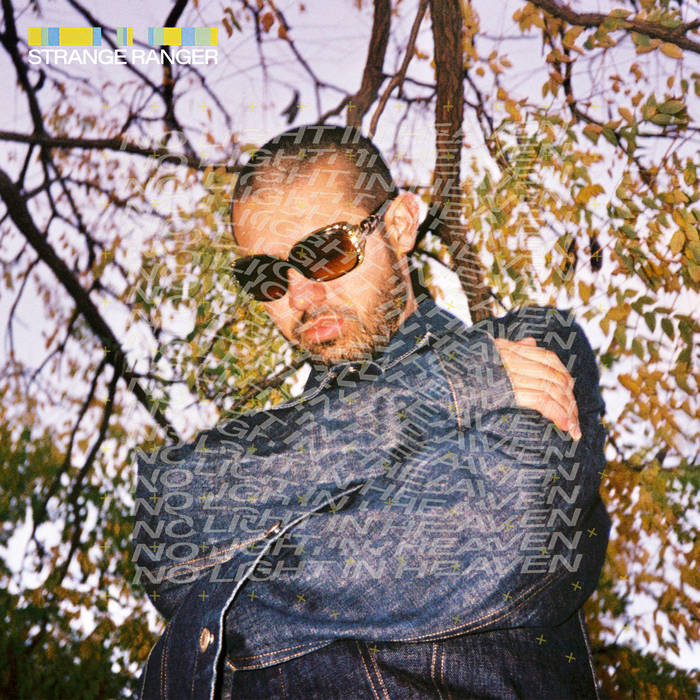 Throughout the last decade, Strange Ranger have been crafting seamless indie music that feels both already classic and precisely of its time. From ‘Daymoon's strains of the Microphones by way of the Pacific Northwest-era indie scene to the dark elation and Cure-reminiscent stylings of ‘Remembering the Rockets’ they’ve become one of the rare standouts of a crop of bands that have managed to grow up with us. More than just a stopgap along that progression, the new mixtape entitled No Light In Heaven holds some of the band’s most experimental and ambitious work yet. Stitched together through a series of sessions at both a house in rural NY and Strange Ranger’s home studios in both Philadelphia and NYC (where Eiger and Woodman moved in 2021], the mixtape possesses something both abstract and astute; the product of a band in transition and a group of people making something effortlessly transcendental out of their new surroundings.

With prior accolades from Pitchfork, the FADER, NPR, Uproxx, & more, Vice has heralded their music as “unpredictable and expansive, a thrilling document of a band with an ever-changing muse,” with “songs that are packed with hooks and an abundance of feeling” (Stereogum). This outpouring of evocative emotion makes the band’s more traditional song structures read like a new breed of pop music in its purest form. From “Needing You”’s effervescent euphoria to string-laden album closer “It’s You,” the record seamlessly fuses together a multitude of genres, where the industrial punch of “In Hell” sits alongside the chopped up vocals and melodic keys of “Get Right Up to the Mic.” The tracklist itself continues in this shapeshifting vein, with the addition of melancholic, drum machine-indebted bonus single “Raver Explanation" in the reissue. It’s another touchstone that adds further dimension to what already sounds like a fully-formulated framework of personal notes and embellishments. It’s also the beginning of a new chapter for Strange Ranger and a snapshot that pushes the boundaries of what rock music can sound like, a continued evolution that has made them one of the most exciting new bands of the late 2010s.

ORDER "NO LIGHT IN HEAVEN" TAPES AND OTHER MERCH BELOW:

Bandcamp Daily  your guide to the world of Bandcamp